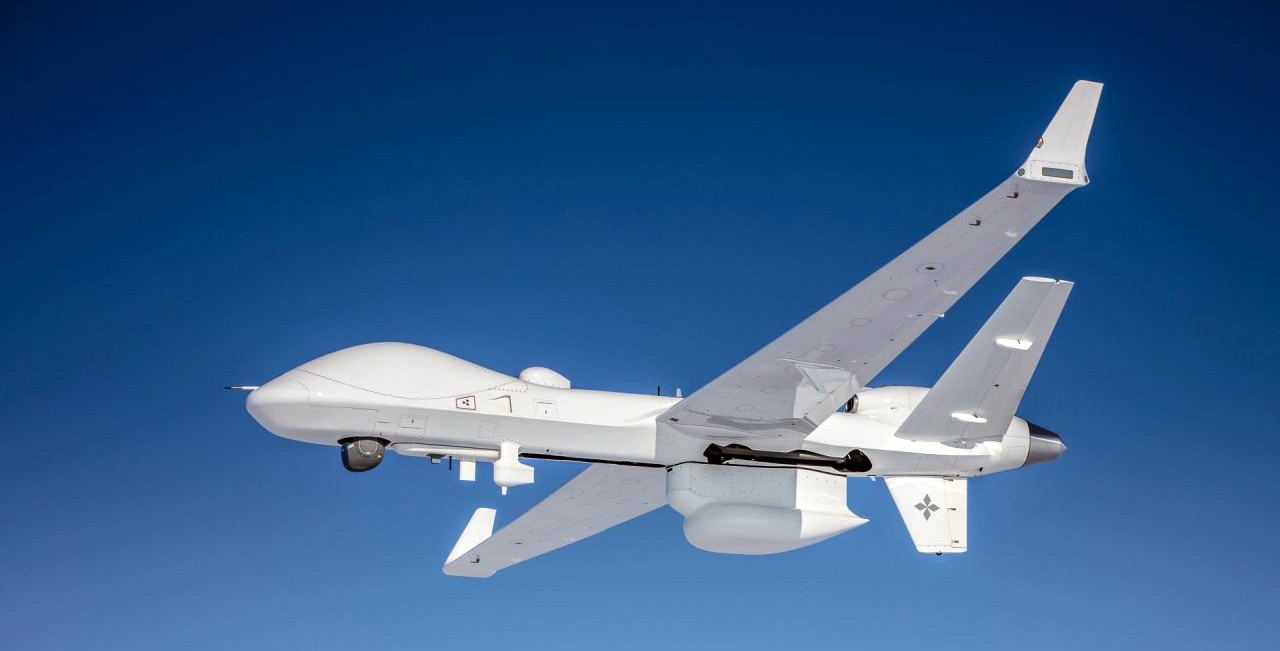 “The Airspace Coordination Notice issued by the CAA for this series of demonstration flights in UK airspace is the largest and most meticulous we have ever produced so that the airspace integration of SeaGuardian is at the highest level of safety,” said Tom Gratton, CAA Airspace Regulator.

“We appreciate the cooperation and collaboration with the CAA and NATS in helping to move the industry forward,” said GA-ASI Vice President of International Strategic Development Robert Schoeffling. “This successful flight paves the way not only for future operations of Protector in UK airspace, but also for other civil and commercial UAS flights.”

Protector RG Mk1 is the RAF’s designation for the RPA they have ordered from GA-ASI that is based on the MQ-9B. The GA-ASI-owned, civil-registered aircraft that made this groundbreaking flight is operating from RAF airfields as part of an ongoing set of demonstrations being conducted by GA-ASI for the RAF.

According to NATS, the flight was controlled through more complex airspace than any previous UAS flights in the UK. “This flight required that we transfer control between multiple civil airspace sectors,” said Mark Watson, Head of Unmanned Aircraft Systems Traffic Management (UTM) Service Integration for NATS. “The procedures for this flight were close to what we do already with conventional crewed aircraft. This helped us validate that our existing methods of control are equally applicable to controlling remotely crewed aircraft - when the aircraft performs like SeaGuardian.”

Among the capabilities on display is GA-ASI's revolutionary Detect and Avoid (DAA) system, a safety and situational awareness enhancement designed to support Protector’s flight in non-segregated UK airspace, as well as the platform’s capability to integrate into broader European airspace. DAA will enable Protector to operate amongst normal aviation traffic in the UK’s national airspace, unlike any other aircraft in its class. The demonstration flights are also assisting RAF Waddington, the future home of the RAF Protector Force, to prepare and integrate the new aircraft into its daily operations.

The demos continue until the end of September with the completion of Exercise Joint Warrior. The goal of the flight series has been to showcase the many operational capabilities of the MQ-9B, including the platform’s advanced maritime Intelligence, Surveillance and Reconnaissance (ISR), industry-leading endurance, and interoperability with NATO partners.

SeaGuardian is the maritime version of the MQ-9B SkyGuardian®. The RAF has ordered 16 Protector RG Mk1 RPA systems as part of its Protector program.

About General Atomics Europe
General Atomics Europe GmbH, headquartered in Dresden, Germany, is a medium-sized service and consulting company that holds participation in nine subsidiaries with a total of around 1,000 employees. In addition to its business activities in the aviation sector, the company's range of services includes the modernization and maintenance of rail vehicles, the disposal of conventional ammunition and explosives, special construction services and environmental remediation, engineering precast reinforced concrete parts, environmental monitoring and water technology. Today's GA-Europe has its roots in the former Spezialtechnik Dresden GmbH, which was taken over by the family-run US company General Atomics in 1992 and has since been consistently developed further. www.ga-europe.com